The North Devon Surfing Reserve covers a world-class surf zone encompassing approximately 30 km of coastline. It contains a high density of outstanding surfing destinations, including iconic breaks such as Croyde, Saunton, Woolacombe and Lynmouth, among others.

Our core focus is looking after the quality of the waves themselves and preserving the ecosystems that produce them. Surf spots need to be celebrated, recognised and protected in the same way we protect and recognise beautiful national parks like Exmoor.

Whilst the UK has a history of protecting national parks and green areas, there is very little formal and active protection of the surf zone, the surfing experience and the fragile environment that creates the different types of unique waves in an area.

Establishing a recognised Surfing Reserve will give the surfing community and others a voice in decision-making processes that affect the coastline and some of the best beaches in the United Kingdom.   The aim of the reserve is to make sure they stay the best – for everyone from beginners to expert surfers.

A study in 2008 found that surfing was estimated to bring in more than £50 million to the area every year and supports around 1500 jobs. Yet surfing has a value far deeper to everyone who lives for riding its prefect waves. For many people in North Devon life revolves around the weather, tides, wind and favourite beaches to surf.

Whether you are a surfer or a wild swimmer, surf life saver, stand up paddle boarder or just enjoying a walk along the wild coastal path; this beautiful, raw and rugged coastline intertwined with world-class surfing and waves has something for everyone.

The North Devon Surf Coast is blessed with a huge variety of surf breaks that respond to different swell and wind directions. The World Surfing Reserve covers a world-class surf zone stretching across approximately 30 km of coastline with high density of outstanding surf, including iconic breaks such as Croyde, Saunton, Woolacombe, and Lynmouth.

The variety of waves is particularly unique, rated from “beginner” to “expert”, catering to wave-riders of all tastes and styles. It is one of the most consistent surfing areas in the UK where year-round swells batter a mixture of small, rocky bays and long, sandy beaches. A system of coastal paths runs the entire length of the Surfing Reserve, offering extensive views of the beaches, reefs, and points.

Environmental Characteristics
The North Devon World Surfing Reserve is located within a UNESCO Biosphere, with many of the surf spots to the south within an official Area of Outstanding Natural Beauty and the surf spots to the North within Exmoor National Park.
The coastal ecosystem surrounding the surf spots includes Sites of Special Scientific Interest (SSSI), Special Areas of Conservation, and a Marine Conservation Zone just offshore – surrounding Lundy Island – providing the UK’s strictest form of marine protection, a No Take Zone.
The myriad of riparian ecosystems and estuaries as well as vitally important sand dunes support an abundance of wildlife. Not only do these ecosystems provide essential habitat for biodiversity, they protect the coastline from the impacts of climate change and produce the sand that shaped the A frame peaks of Croyde Beach and other outstanding waves in the North Devon region.
Surf Culture & History

North Devon has been a traditional gathering for the British since the Victorian Times as city dwellers would make their way from London to enjoy the open coastline.  While traditionally a fishing and farming community, North Devon has become known as one of the pillars of the surf world in the UK drawing surfers from all over the country. It is the home of the Museum of British Surfing and many of the country’s finest wave riders call North Devon home.

For more information go to www.northdevonsurfreserve.org

University of Plymouth, The Ilfracombe Academy 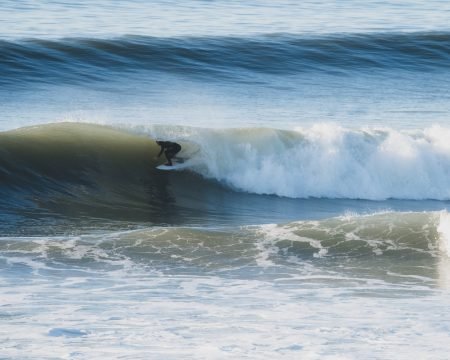 The search for the next World Surfing Reserve begins! Save The Waves has once again opened the application window and started the process to select the 13th WSR. 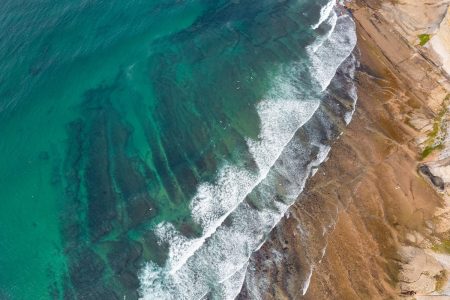 What does change look like at the ground level? As 2022 comes to a close, we look back at the progress of 3 individual World Surfing Reserves in different countries and in different stages of their work. 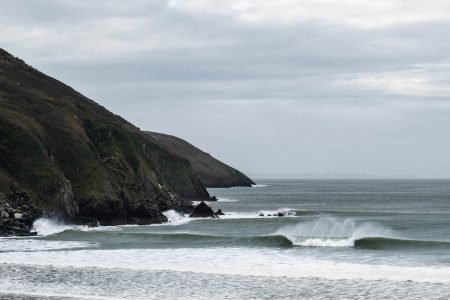 Since the announcement of North Devon U.K. as the next World Surfing Reserve in April of 2022, the Local Stewardship Council has been hard at work developing its unique stewardship plan, responding to urgent threats to the surf ecosystem, hosting events, and preparing for their dedication in 2023.    Building a Strong Team A key element 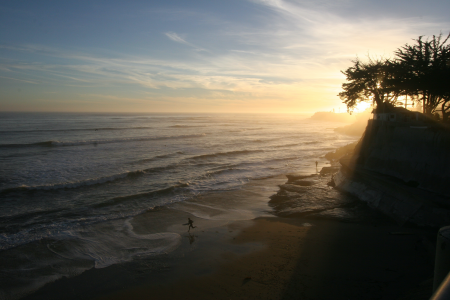 Save The Waves and the World Surfing Reserve believe that a different approach should be considered in order to protect surf resources.

Protect the
places you love.