In 2015, Save The Waves and Patagonia launched the “Lobos Por Siempre” campaign, with the goal to raise enough money to purchase the 4.5 acre Mirador Property. The Mirador Property, the most iconic property, at the very tip of Punta de Lobos was purchased by Chilean Philanthropist Nico Davis and held with an agreement to sell only to the Foundation when the money had been raised. With the help of Patagonia, the Marisla Foundation, Packard Foundation, Waitt Foundation and over 900 small donors, we all were able to raise over $750,000.

The property was transferred and officially dedicated as a World Surfing Reserve in an intimate ceremony at Punta de Lobos on November 16th, 2017.

The Fundación Punta de Lobos is now advancing conservation through the Chilean coastline and beyond.

MY VISION FOR PUNTA DE LOBOS

When I was growing up I wanted to be exactly like my dad: a fisherman. Then a couple of guys blew into town with surfboards and wetsuits and I said, “Wow, this is amazing,” and then I wanted to learn to surf more than anything in the world.

So I learned to surf and started to travel, but I figured out pretty fast that the best place to surf was right at home. We have big waves, small waves and the traditional fishing culture I love. Nothing could be better.

While traveling, I saw many similar coasts around the world that had been polluted or were scarred forever by out-of-control developers. I saw places that were pristine before, but had already been ruined. I realized the coast that I loved so much was also under threat—from pulp mills, sewage pipelines, dams and senseless development.

Chile is an amazing country. I couldn’t be more proud to come from Chile and from Punta de Lobos, to be the son of my dad, a fisherman and diver. I know I have a responsibility to honor the generations before me by protecting the coast. I have to. It’s up to us to make sure there are traditional fishermen (and fish) in the future. It’s our responsibility to ensure our children and their children can see beautiful landscapes and biodiversity.

I was born on Punta de Lobos and I love Punta de Lobos. I’ll fight to protect it, and all of Chile’s coast—but it has nothing to do with what I want. It is for the future.

I know I can’t accomplish much on my own. I think everyone sees the right thing to do: Stand up to save some of these special places before they are gone.

Adapted from The Fisherman’s Son: The Spirit of Ramón Navarro.

Punta de Lobos is one of the most iconic left-hand pointbreaks in the world and one of Chile’s best known waves. Characterized by a number of rideable sections, it is not uncommon for the sections to connect and 800m + rides to occur during large swells. It breaks in all conditions, from 1m to 10m and hosts the Big Wave World Tour contest, El Ceremonial, when the swell is big enough.

Punta de Lobos is the lynchpin of surf culture in Chile, where many of the countries best surfers honed their skills. The point is also the historic home to generations of artisanal fisherman who hand-harvest kelp, shellfish and local fish species. The point is the subject of the recent film “Fisherman’s Son”, documenting big wave surfer Ramón Navarro and his life-long connection to the point.

Punta de Lobos is part of a global biodiversity hotspot, boasting incredible marine and terrestrial resources. Upwelling from the Humboldt current brings cold nutrient-rich water to the area, which attracts a variety of species such as Southern Right Whales, Fin whales, Southern Sperm whales, Orcas, common sea lions, sea turtles, Humboldt and Magellanic penguins, oystercatchers, cormorants, gulls, pelicans and boobies. Growing on the point itself are a number of unique plant species, including the cactus Echinopsis bolligeriana, which has been identified as an endangered endemic species by the International Union for Conservation of Nature (IUCN). 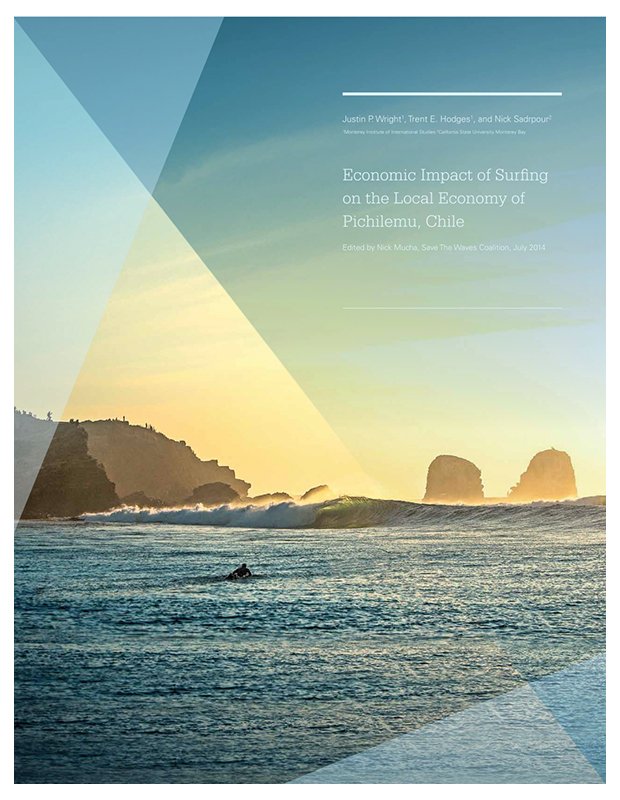 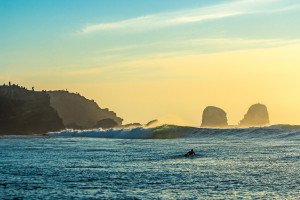 After years of hard work, Save The Waves, Fundación Punta de Lobos and Patagonia are happy to announce that we have raised all of the money necessary to purchase the first property at Punta de Lobos, protecting it forever. 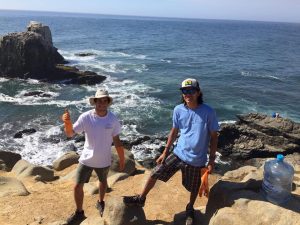 Save The Waves just returned from a recent trip to Punta de Lobos, Chile where we visited the work being done by our partners at Fundación Punta de Lobos. 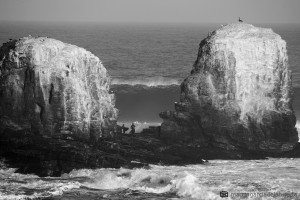