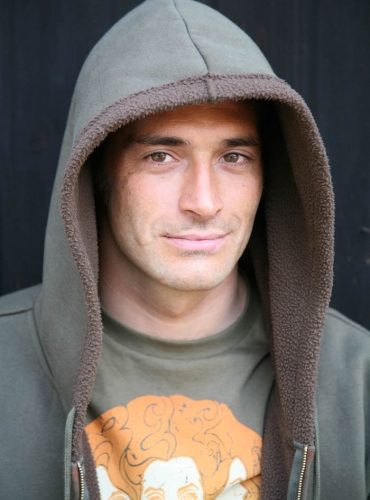 João started surfing in Praia Grande, Sintra, an infamously powerful Portuguese beachbreak that would create the foundations for him to become one of Portugal’s most recognized big wave surfers. His career hit a high point with solid showings at Maverick’s and then 3 years on the Big Wave Tour, which culminated in a Top 5 finish in the 2012 -2013 season.

João‘s passion and dedication to surfing has been accompanied by an active academic life – finishing his degree in Economics in 2000 and a Master’s in Sports Management in 2011 – that then led to social and business entrepreneurship. After finishing his degree in Economics he founded with close friends the surf school, Surf Academia which to this day has never stopped teaching people to surf, based on “the 7” coaching method, developed by João. This business project developed him as a surf coach where he authored the surf instruction manual, “Be a Surfer,” which was originally published in Portugal in 2004 then in the U.S in 2006 and has been re-edited and published in Portugal in 2015.

Yet it was as a Save The Waves Program Manager from 2008 to 2011 that João hit one of his career milestones. Inspired by a quote from Patagonia founder Yvon Chouinard wondering why great surf spots weren’t designated as UNESCO World Heritage Sites or National Parks such as Yosemite, João proposed and then led the development and launch of STW’s groundbreaking World Surfing Reserves program. He now continues as a global ambassador for the program, including serving on the WSR Vision Council.

After living for 10 years in California, João has returned to Portugal to re-vamp his surf school and support Portuguese big wave surfing and surfers through the Endless Ocean project: “Surfing big and heavy waves and teaching people how to surf, I feel is one of the best – even if “underground” – ways to stimulate and nurture people’s consciousness of the beauty and power of the natural world, from there environmentalism and sustainability stems naturally.