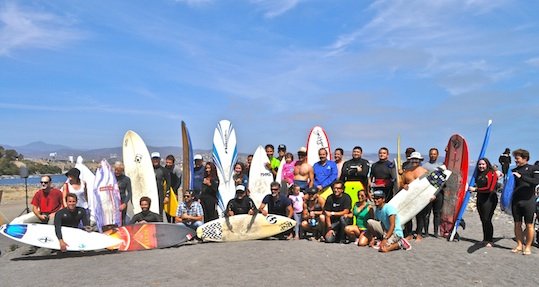 June 22, 2014 – Ensenada, Baja California – The local and international communities came together on Saturday to commemorate and celebrate Bahía de Todos Santos as the sixth World Surfing Reserve. With over 200 people in attendance, the community pride was palpable, underscoring the importance of this designation for the Mexican and international surfing communities. The event also featured speeches by surfing elite Carlos Hernandez and Gary Linden, as well as dignitaries, including representatives of the City of Ensenada, the Secretariat of Natural Resources (SEMARNAT), Secretariat of Fisheries (SERNAPESCA), the United States Consul General, ProNatura Noroeste, WILDCOAST/COSTASALVAJE, and Surf ENS.

Chosen for it high quality waves, distinct environmental characteristics, surf history and community support, the Bahía de Todos Santos Reserve hosts a unique combination of these attributes. Most impressive is the high quality of waves found within the Reserve boundaries, which include Salsipuedes, San Miguel, 3M’s, Stacks and the big wave spot Killers on Isla Todos Santos. The strong surfing culture of Bahía de Todos Santos is formidable, with San Miguel credited as the birthplace of Mexican surf culture. 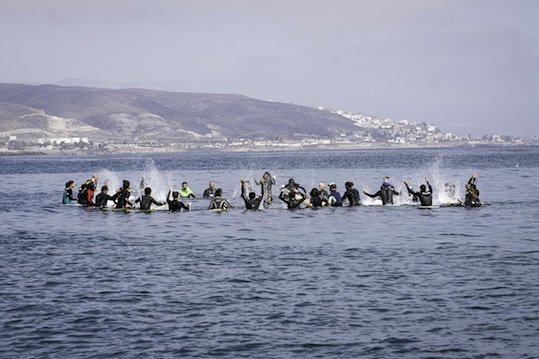 “The event was amazing and the outpouring of community support for the Reserve was truly humbling. It has been a blessing to work with such great partners, and it is now incumbent upon all of us to take this momentum and secure permanent legal protection for places like San Miguel.” said Save The Waves Executive Director, Nik Strong-Cvetich.

To officially close the event, government officials and local leaders in attendance signed an agreement to formally support the conservation goals outlined in the Reserve Stewardship Plan—the document created by Save The Waves Coalition, Surf ENS, WILDCOAST/COSTASALVAJE and ProNatura Noroeste to guide the management of the newly established Reserve. As the first concrete step in this plan, Save The Waves and the World Surfing Reserve in Bahía de Todos Santos will launch a media campaign to help create first state park in the state of Baja California, led by partner organization ProNatura Noroeste. The proposed state park will protect the critical watershed at Arroyo San Miguel and the sand and cobblestones that create the fabled San Miguel surf spot. 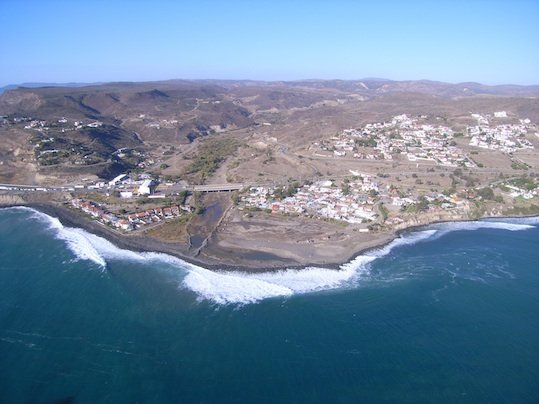 “The health of the watershed and quality of the wave are tied together. Creating the state park will help ensure that the wave quality is protected for the long term”, said Nick Mucha, Environmental and Programs Director for Save The Waves.