The Bahía de Todos Santos area is an epicenter for surfing in Mexico. From San Miguel to the other end of the bay, in this small area lie point breaks, beach breaks and world-class big-wave venues. It’s a paradise for all surfers, from the beginner to the most established big-wave surfers in the world.

Blessed with a bounty of good fortune and good surf, it is our duty to protect the Bahía de Todos Santos area. We can’t reproduce the surf breaks that Ensenada holds, and if they disappear they’re gone for good. The area is one of the true treasures of the surfing world. I hope future generations will be able to enjoy similar experiences like the ones I have shared with you. 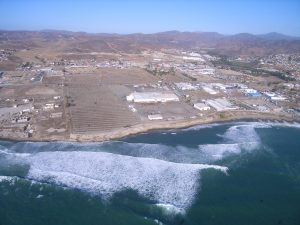 The World Surfing Reserve and the local community now have new public access to one of the most visited beaches and waves of the reserve.

Save The Waves, Pronatura Noroeste and local community closer to achieving the first protected State Park in Baja California

After years of consideration by government agencies and edits to technical documents, the campaign to protect San Miguel is closer to victory. 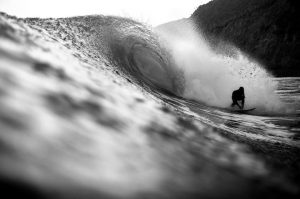 To expand Surf Protected Area Networks, Save The Waves and the Bahia de Todos Santos World Surfing Reserve are taking new strides to asses, monitor and, ultimately, protect surf ecosystems in Mexico. Using a nationwide surf inventory, Save The Waves will be able to identify and prioritize high-value Mexican surf breaks. 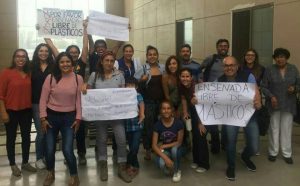 ENSENADA FREE OF PLASTICS. No more single use plastic in Bahía de Todos Santos by 2019

Over the next 6 months, the World Surfing Reserve, and partner organizations will work with the local government to create education efforts about the plastic pollution problem and empower local people to find sustainable strategies to live without plastic.