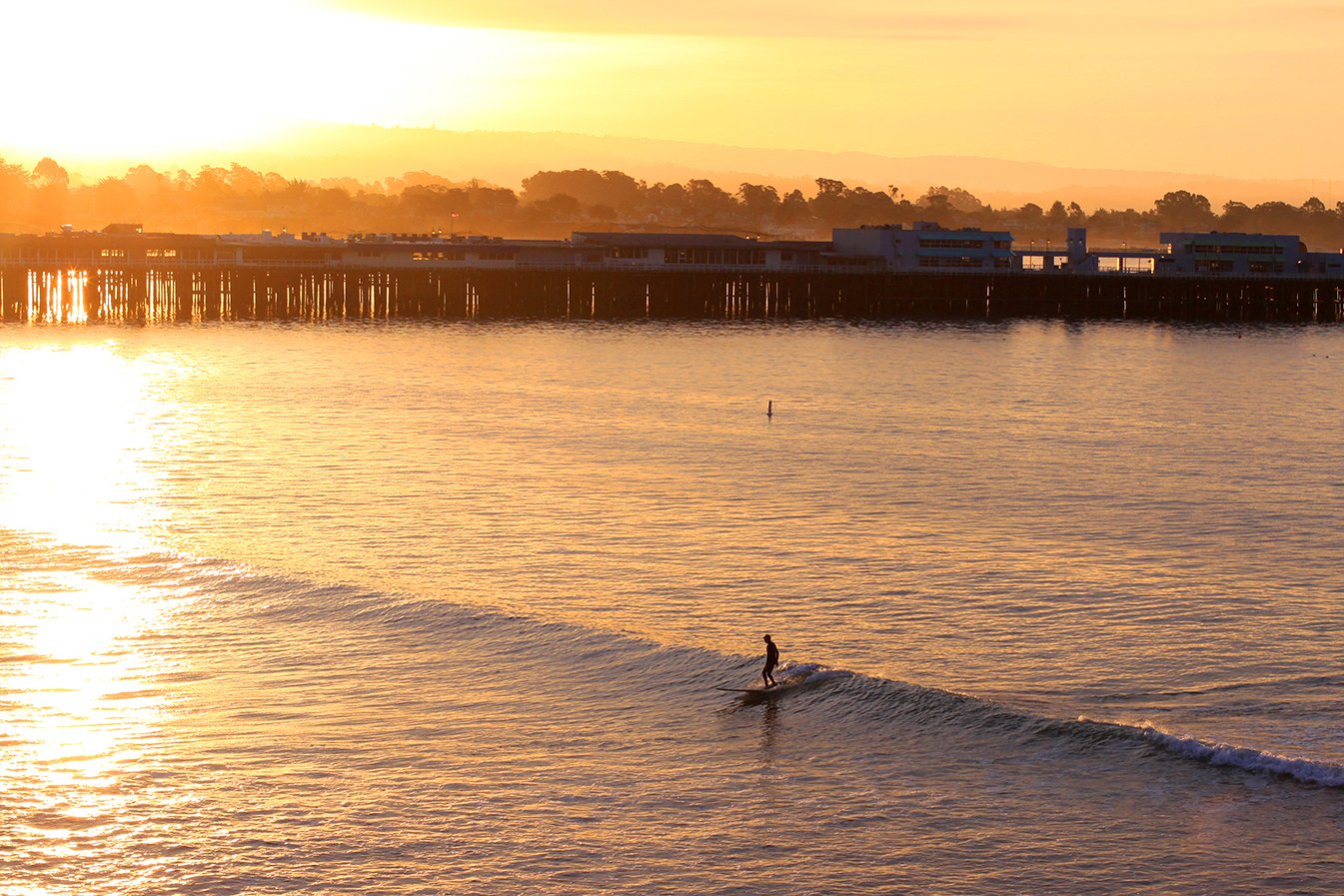 SANTA CRUZ, CA— Cowell’s Beach once again finds itself on Heal the Bay’s ‘Beach Bummer’ list, but experts in the Cowell’s Working Group have noted a long-term reduction in overall exceedances of state water quality standards and concentrations of bacteria.

“It is unfortunate to be on the list at all, but we are clearly making progress on solving this problem,” said Nik Strong-Cvetich, Executive Director of Save The Waves Coalition, “We believe the solutions we have implemented so far have had a profound impact on the issue, but there is still more work to do.”

The group has found through its increased monitoring and study over the last few years, that the issue seems to be largely seasonal in nature, and the scope seems geographically limited to the area near the wharf. This discovery has led the group to posit that one of the key contributors is likely the pigeons roosting under the wharf. Several other comparable cities previously listed on the Heal the Bay Report (Pismo Beach and Santa Monica) took prescriptive action to remove birds from their wharfs, which significantly reduced bacteria counts.

As Donna Meyers, new City Council Member, notes, “I have been impressed by the work of this group, as we have seen tangible results after years of this issue being at the top of the headlines.”

To date, the group has launched proactive measures with the intent of similar outcomes in Santa Cruz. These include:

1. City funding for more elaborate monitoring based on the recommendations;

2. Installation of screening and other modifications to reduce pigeons/gulls roosting under the wharf and defecating on the sand;

3. Increased late night and early morning police patrols on beach and under wharf;

5. Creation of the #Cleancowells website (www.savethewaves.org/cleancowells) and convened several public information meetings; and

6. Maintenance of adequate signage in the area to inform the public during elevated risk.

The Cowell’s Working Group is facilitated by Save The Waves Coalition and City of Santa Cruz, and includes, Surfrider Foundation Santa Cruz, Sierra Club and County of Santa Cruz. Information can be found at www.savethewaves.org/cleancowells