Cowell’s drops to 3rd on Beach Bummers list, a first in 7 years 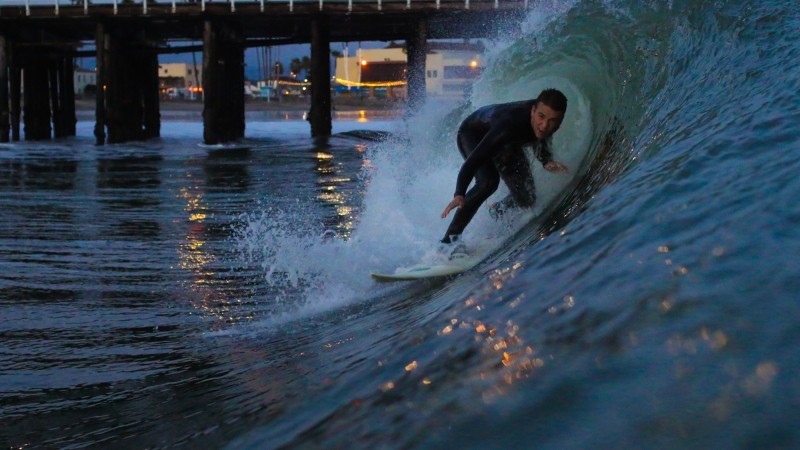 Santa Cruz – In a year in which winter bacterial water pollution levels spiked along California’s coastal beaches, Cowell Beach has shucked its reigning title as the “dirtiest beach” in the state.

In the annual “Beach Bummer” report card issued Thursday by Southern California environmental nonprofit watchdog group Heal The Bay, the Santa Cruz surf break, a favorite among tourists and locals alike, slipped to the third most contaminated beach statewide. It had held the No. 1 position for the three previous years, and hovered at least in the top two slots for seven years.

The Beach Bummer report relied on E. Coli bacterial contamination data taken at the beach from May to October 2016. Though the results of the report were not made public until this week, the city’s own monitoring of the beach waters during that time gave a hint of the news to come. In October, the city-created Cowell Beach Working Group released data that recent steps to address the issue, believed to be caused by animal waste, had reduced bacteria counts by about 50 percent. After the group ruled out human-derived bacteria as a cause of the contamination and spotted a bacteria concentration below the Santa Cruz Municipal Wharf, the group targeted roosting birds’ droppings last summer.

City officials termed the latest Heal the Bay assessment as a “modest improvement.”

“A 50 percent reduction is something we’re proud of and we stand by,” Cowell Beach Working Group facilitator Nik Strong-Cvetich said. “But obviously, there’s much more work to be done. We’re not content being number three. Our goal is to one day get off of the list.”

Neighboring Capitola Beach joined Santa Cruz in the list’s top 10, moving into the No. 7 slot.

“After holding the top spot for many years, despite significant efforts by city staff, we knew a different approach was required,” Vice Mayor David Terrazas said in a prepared statement. “I’m very thankful for the contributions of the Cowell Beach Working Group and that of our Wastewater and wharf staff to put measures into place that will improve water quality.”

In addition to wharf bird screening, the working group is making progress in outlining a scope of work for a five-member panel of state-level water experts. The independent group will double check the group’s work and potentially recommend further steps in coming months, said Strong-Cvetich, also the Save the Waves executive director.

Though most of the state’s beaches scored higher than Santa Cruz’s during the dry summer season, many suffered in the past year’s rainy season, according to Heal The Bay. Numerous beaches statewide dropped to grades between C and F, an increase by about 12 percent compared to the five-year statewide average. The nonprofit organization cites the increase in polluted runoff funneling into storm drains and out to the state’s coastline as a likely culprit.