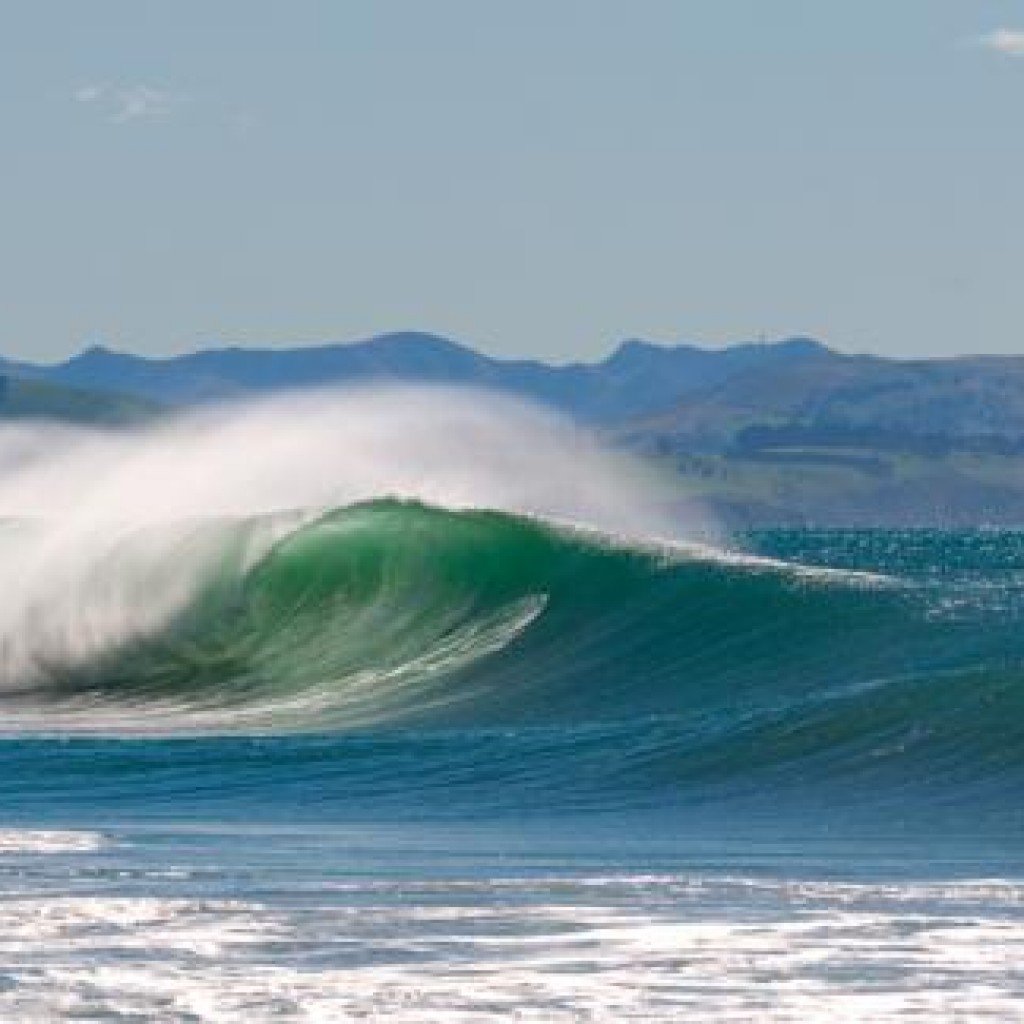 Aramoana, also known as ‘The Spit’ is a world class beach break of exceptional quality due to its clean offset peaks and barreling pits held in a variety of swell sizes and directions.  It is also one of the only offshore breaks in the prevailing southerly winds around Dunedin.  This surf break has just been afforded legal protection as a surf break of national significance under Policy 16 of the New Zealand Coastal Policy Statement 2010, along with 26 other surf breaks around the country in 17 surfing areas.

Dumping of spoil in the swell corridor of the Aramoana/Spit surf break from harbour dredging by Port of Otago has been affecting the delicate bathymetric conditions that contribute to the high class surfable wave since 1985.  Surfers and bodyboarders have noted a gradual deterioration of wave quality over the years, especially of late, and fear that continued dumping of dredged spoil may cause irreversible adverse effects on the wave quality.

Port of Otagos’ latest 10-year consent granting the disposal of up to 450,000 cubic metres of dredged harbour sand silt and rock spread over the three nearshore disposal sites at Heywards Point, the Spit /Aramoana and Shelley Beach expires on December 1st 2011. The last ten years of this current consent has only seen greatly reduced amounts of the maximum permitted spoil being dumped over the three sites.

A new major harbour deepening project allowing super ships to access the Port of Otago will involve the removal and disposal at sea of up to 6 million cubic metres of sand, silt and rock, and will potentially see the maximum capacity dumping occur at the three inshore sites, as well as a newly proposed offshore site 6.3k’s off the headland.

The bathymetric mechanism that creates the world class Aramoana peaks lies slightly further out to sea from the spoil disposal mound, these peaks then roll over the spoil mound, are affected, and then break closer to the beach.  This dump site is known for retaining spoil, and was declared ‘full’ in 2003 after a study by Port Otago. The permitted disposal amount at the Spit is 200,000 cubic meters per year.

With a pending 3 year consent renewal of potentially 600,000 cubic metres over this small 23 hectare site, surfers and beach lovers are highly concerned of the potential and actual adverse effects of this activity, already waves shoal and break over the mound in larger swells and changes in the peel angle and wave shape are obvious.

Scientific evidence supplied by Port of Otago in their consent applications claimed that there may be positive and negative effects but generally more dumping will improve the surf break, therefore protecting the wave. This falls well short of industry standard surf science reporting, as well as the quality of proposed monitoring of surf break quality.

Resource consent application by Port of Otago has been held up by the Surfbreak Protection Society’s submission. SPS submitted that the application was a Restricted Coastal Activity (RCA). This is the most stringent activity in the coastal environment that can be considered under the Resource Management Act 1991, thus requiring the most rigour in testing evidence during the consent process to decide if the application should go ahead or not. The applicant had originally applied for a Discretionary activity to the Council. If the application had proceeded in this manner, it would have not complied with the law under section 117 of the Resource Management Act 1991. Now that the Council has agreed with SPSs submission, the application is being processed in a legal manner, and this means a decision maker from the New Zealand Government’s Department of Conservation (DoC) will be appointed to hear evidence in the hearing. In this regard, because the surf break was proteced by DoC, SPS consider this an excellent victory now that due process is taking place

A National Surfers Paddle Out Day on the 16th of October is being organised by Surfbreak Protection Society to support the Save Aramoana Surf Break Campaign.

The goal is to have a paddle out as many of the 17 nationally protected surfing areas under Policy 16 NZCPS.  As well as at other surf breaks around New Zealand that are close to surfing communities.

This event demonstrates the national groundswell of concerned surf break users, and our desires to have these natural coastal features protected from developments and activities that continue to threaten their existence, despite legal protection policies.