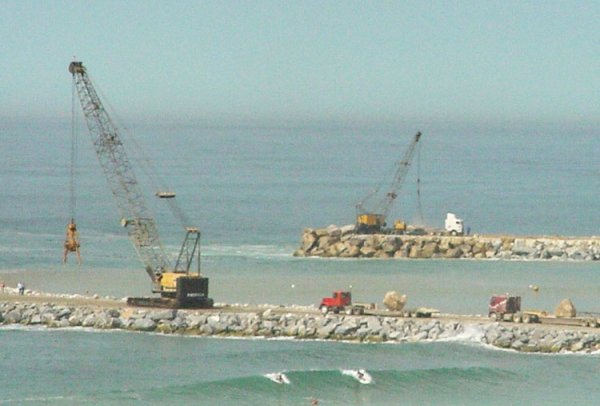 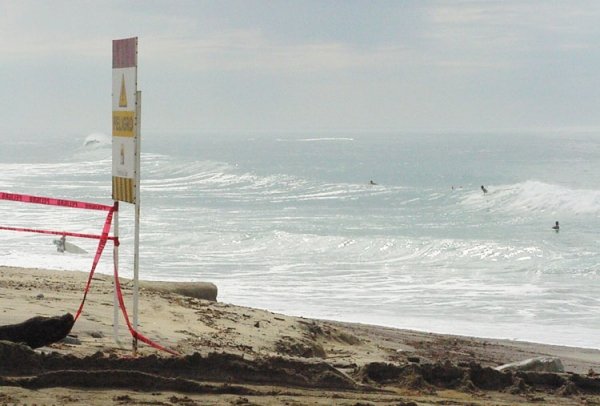 A massive marina and resort development is under way funded by Investor Eduardo Sanchez-Navarro, heir to Corona Beer, who is responsible for the development of Puerto Los Cabos’ large yacht marina, golf courses, hotels, and housing developments.

Both the endangered Olive Ridley and the Leatherback sea turtles nest on the beaches from San José up the coast of the Sea of Cortez to Cabo Pulmo. Scientific data shows that these beaches are the most important beaches for the nesting leatherback sea turtles in all of Baja California. The leatherbacks nest along the coast of Baja – but this stretch of beach that Corona heir is developing is the only place where the leatherback eggs actually hatch – due to the correct temperature and humidity conditions. Conservationists’ observations and reports have shown that the beach activity associated with hotels developments compacts the sand so the nesting females are unable to dig their nests. In addition, it is thought that hotel lights also affect nesting females. If development continues along the La Playa beaches, Corona heir will certainly have a direct devastating impact on these endangered species as well as the endangered beldings yellowthroat, least tern, brown pelican, and whale shark.

The massive project also calls for a huge amount of dredging in the Estero in La Playa. The Estero de San Jose del Cabo, declared a State Reserve, is a freshwater estuary and oasis for wildlife. Nonetheless, the soil from Corona’s dredging is being placed directly on top of nine (9) types of native vegetation. One particular area is on a hill in the village of La Playa, they have piled up the spoilings so high that when the first heavy rain or hurricane hits all the soil will wash down the hill, over many houses in the village.

Water pollution and shortage is also an issue since two golf courses will be established in the resort. This will definitely contribute to water shortage, habitat destruction, pesticides leaching into groundwater and flowing into the ocean habitats. With regard to water drainage, the marina jetties will change the local current and thus place over 200 meter of sand in front of the estero, which will prohibit the natural drainage of the estero during major rain events.

Thus, the development is currently adversely impacting countless plant, reptiles, amphibians, mammals, fish and plant species, including but not limited to two endemic reptiles and three endemic bird species as well as 250 other avian species found there.

Lastly, the large marina is not even necessary to have. The local fishermen of La Playa only use 20-22 foot panga boats and are currently comfortable in their situation.