View the Past Petition 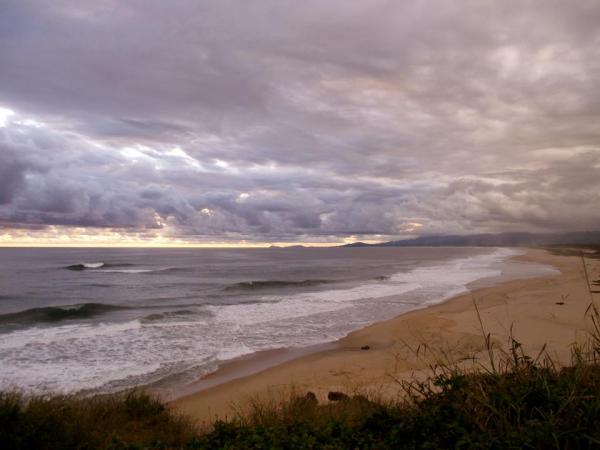 The Mexican government has given the go-ahead to build a commercial fishing marina in Punta Colorada. Because the nearby marina in Marinero has become overcrowded, pressure has mounted for a new marina development. Unfortunately Punta Colorada, which is world renowned for its perfect waves and abundant wildlife, has been selected as the location for the new marina. If construction begins, a lagoon situated behind the beach would be opened up to the ocean, wiping out the entire beach and destroying the wave at Punta Colorado.

Opening up the lagoon to the ocean will also have negative effects on the diverse wildlife of the area. The local wildlife includes an abundance of migratory birds and crocodiles that can be found in the estuary while dolphins, tuna, turtles and oysters share the surrounding ocean waters. It is feared that Procamar, a Mexican construction company that specializes in jetties and marinas, failed to acknowledge the diverse wildlife of Punta Colorada in their short 3 week environmental impact study.

Located in the beautiful natural setting of Puerto Escondido, Punta Colorada serves up peaky hollow barrels for bodyboarders and surfers. Traveling surfers and eco-tourists pour thousands of dollars into the local economy each year in search of a little piece of paradise. There’s no doubt that if the wave goes away so does a significant amount of the local economy. Professional bodyboarder Matt Lacky states “It would be a tragedy, that wave alone brings thousands of bodyboarders into puerto each year, which means thousands of dollars spent in the towns economy. Plus that wave is a breeding ground for up and coming Mexican bodyboarders…it helps shape the future for bodyboarding in Mexico.”

Local sources have reported that local government officials and developers are moving closer to undertaking the highly controversial, three-part development project, which includes:

1. Tourism, residential, and commercial development on 25 lots at Punta Colorada

2. Jetty and marina at Punta Colorada

3. Pier in the main bay of Puerto Escondido

The Environmental Impact Assessments for these projects underestimate the environmental impact of the projects and also fail to demonstrate a understanding of the biodiversity impacts. The assessment also lacks consideration for how the proposed projects would ultimately disrupt the dynamic natural coastal resources, negatively affecting the surf at Punta Colorada and Puerto Escondido.

The local opposition campaign ‘No a la dársena en Punta Colorada’ is urging the government to halt the construction plans and declare the area a Mexican Natural Reserve.

Clearing of vegetation and road construction has begun in the hills above Punta Colorada for access to the proposed marina. There is still time to stop this project, but we must act now! Please click here to sign the petition requesting that Punta Colorada be made a Mexican National Reserve. Spread the word!