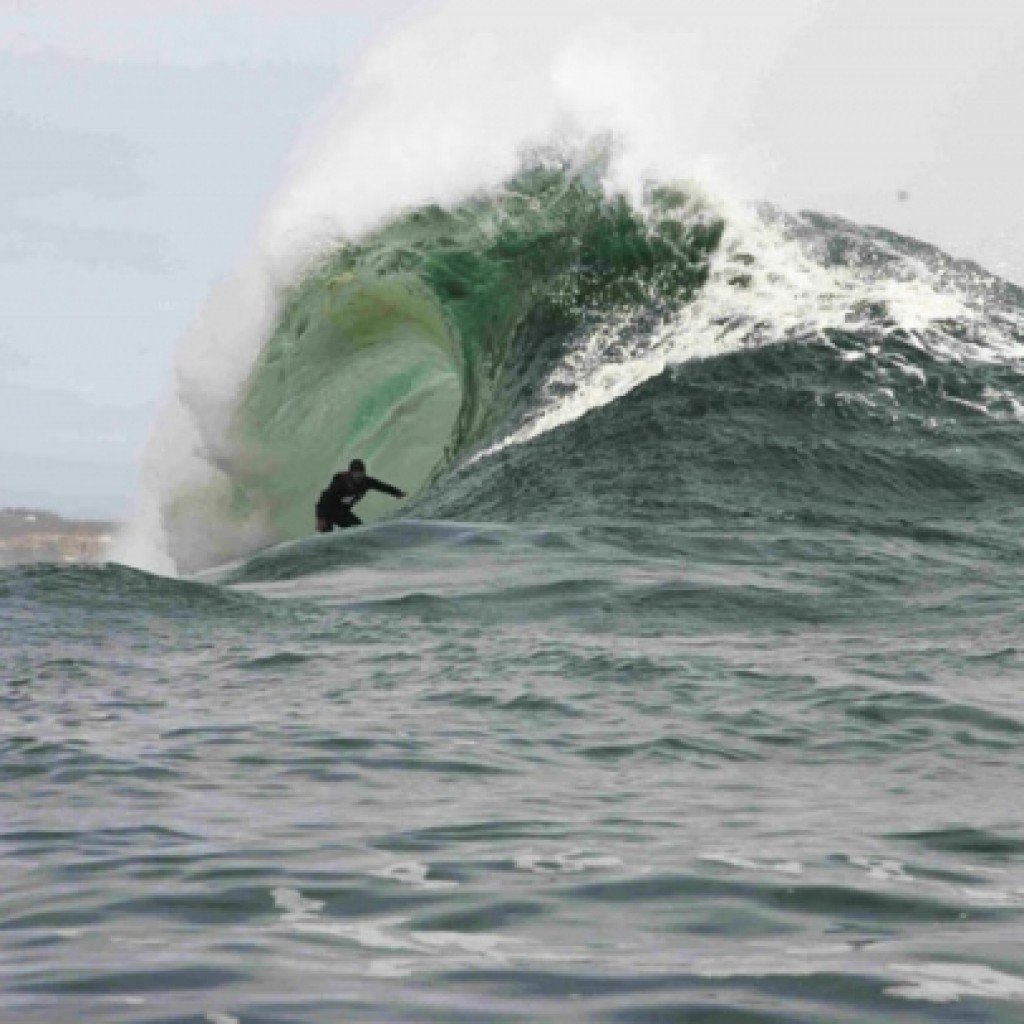 Chile’s coastline is threatened by the proposed construction of several coal-powered energy plants in several untouched coastal regions throughout the country, including Punta de Choros and Santos del Mar. Southern Chile’s newest big wave surf spot, Santos del Mar, and its nearby coastline would be severely polluted if plans go ahead to construct a US$1.3 billion dollar coal-fired power plant on the coastline of Chile’s Maule Region. Surfers for Cetaceans, Save The Waves Coalition, Dave Rastovich and Ramon Navarro have teamed up to protect this endangered surfing area and its ecosystem.

Ramon Navarro, Chilean big wave hunter and the pioneer surfer at Santos del Mar, is particularly inspired to fight the project: “This is the biggest and most powerful wave that we’ve ever found in Chile and the area holds numerous other surfing resources that must be protected. Mega-industry will put it at risk with this polluting coal plant, and we must stop it.”

Proposed by international energy giant AES GENER, development of the “Los Robles Power Plant” would include the construction of a 750-megawatt coal-burning facility and industrial port on the beach near Santos del Mar. Pulverized coal shipments from Australia would be unloaded there, damaging the ecosystem and polluting the ocean with ashes, air pollution and toxic wastewater.

Local surfers and residents are concerned about the environmental degradation that would be caused by burning coal at the facility. Arsenic and lead poisoning of adjacent marine waters and agricultural lands are common from coal burning power plants, and the region surrounding Santos del Mar is remote and rural with plentiful fishing grounds and small-scale agriculture. Furthermore, the proposed cooling towers for the electrical generator would use marine waters via an industrial intake mechanism that is responsible for killing millions of fish and marine mammals per year in similar facilities worldwide.

Dave Rastovich, co-founder of Surfers for Cetaceans and professional free surfer, spoke out in opposition to the project while he was surfing in the region in late June: “I was surfing an epic beach break in front of the proposed site for the coal plant, and it’s full of marine life…at this spot I surfed with numerous dolphins as well as seals, penguins, birds, and fish. The company’s environmental report claims that there is no marine life in the region that will be adversely affected by their coal plant, but that’s a false claim that ignores the problem.

Josh Berry, who serves on the Save The Wave Advisory Board, rebuts the industry’s claim that energy is desperately needed to supply the nation at any cost: “The energy industry in Chile wants infinite growth of their sector, mostly to feed the future projected needs of the mining industry in northern Chile. However, it’s based on an outdated model of massive consumption and zero conservation. What about alternative clean energies such as wind, solar, and wave power? The region is perfect for the development of these technologies, but this coal plant is a step backwards for the region.” Alternative energy company Finavera Renewables recently found Chile to be the #1 most promising wave power energy market out of 80 coastal nations studied.

The majority of local citizens are opposed to the project, and Save The Waves Coalition and Surfers for Cetaceans are working closely with FIMA, a group of Chilean environmental lawyers, to organize legal opposition to the project and protect Santos del Mar and its surroundings.

You can also visit the Spanish language local opposition website, with up-to-date details and photos of the project and solutions at: NO a la Termoelectrica Los Robles!