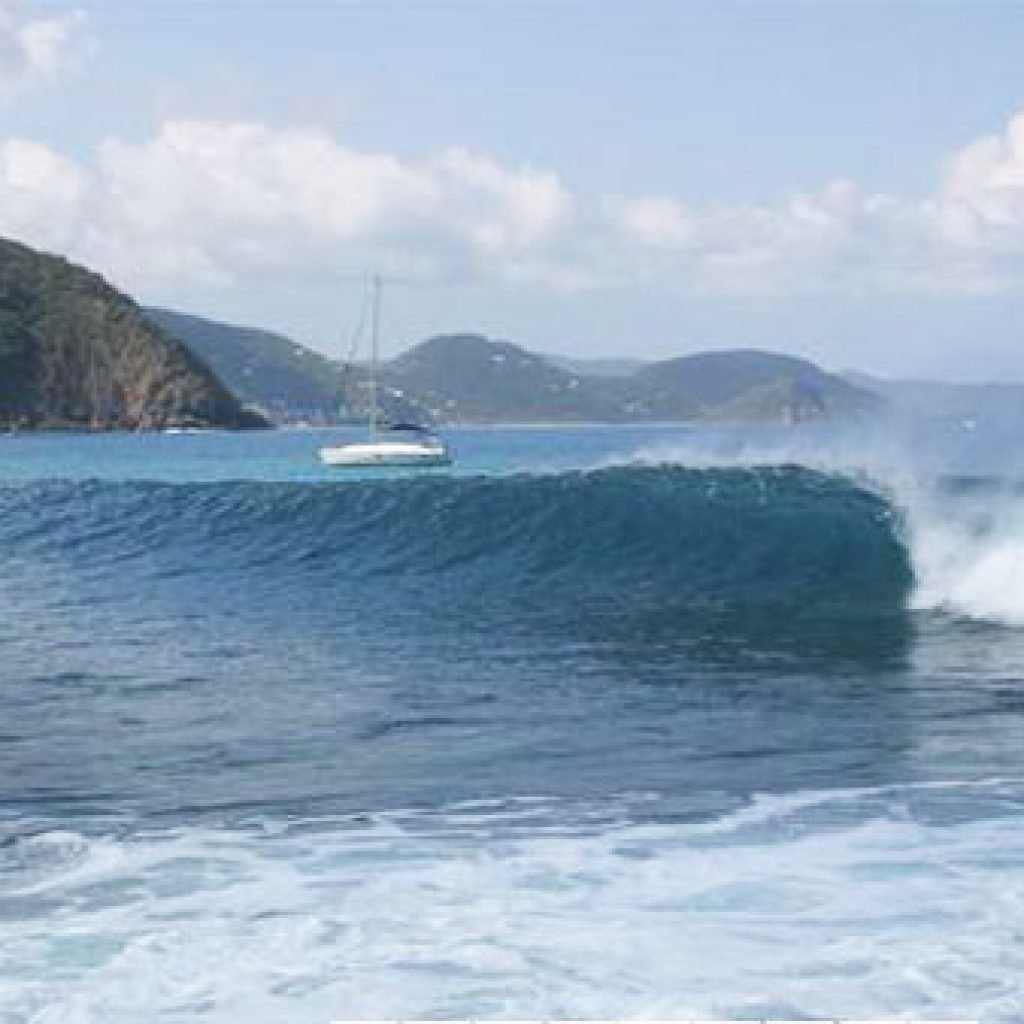 The Chief Minister of the British Virgin Islands stated in a press conference on April 4, 2006, that no breakwater will be built in Cane Garden Bay. “There are no plans to build a breakwater in Cane Garden Bay, at all,” stated the Honorable Dr. Orlando Smith in his recent press briefing. “Meridian Construction was granted a contract to build a dock, a wharf.”

Tortola’s local government claims that local residents and surfers in the small community of Cane Garden Bay were misinformed by a local contractor, Meridian Construction Company LTD, in regards to the new construction and possible development of a breakwater on the Cane Garden Bay area. Some residents and visitors, however, suspect that the project was stopped due to increased scrutiny from abroad. “Many public works projects in past years have been built without the necessary permits, environmental impact studies or public comment,” stated one frequent visitor to the island, who wished to remain anonymous for fear of losing his visitor’s visa. “If the government knew I had talked about this to anyone, my visa would be pulled in an instant,” he added.

The government claims to be commissioning this project merely to repair an existing dock that has deteriorated over the years. J. Alvin Christopher, Tortola’s Minister for Communication and Works stated, “ We want to ensure that the dock is structurally sound for the safety of its users.” Minister Christopher added the new dock will include fuel and water facilities as well as a sewage pump station for visiting yachts.

These new additions could raise other environmental problems for the bay. The editor of the Surfer’s Path, Alex Dick-Read, who was born and raised on Tortola and has been surfing in Tortola for many years, stated that the dock has been there for decades and that they are basically back-filling land around it and expanding it to become a fuel jetty for fishing and tourist boats. “[Which is] pretty sick and environmentally ridiculous considering how often fuel leaks happen from these facilities, and that we get hit by hurricanes and earthquakes a lot,” Alex said. “But that’s a different argument.”

Save The Waves Coalition continues to monitor the situation to ensure that no illegal work is undertaken in Cane Garden Bay.