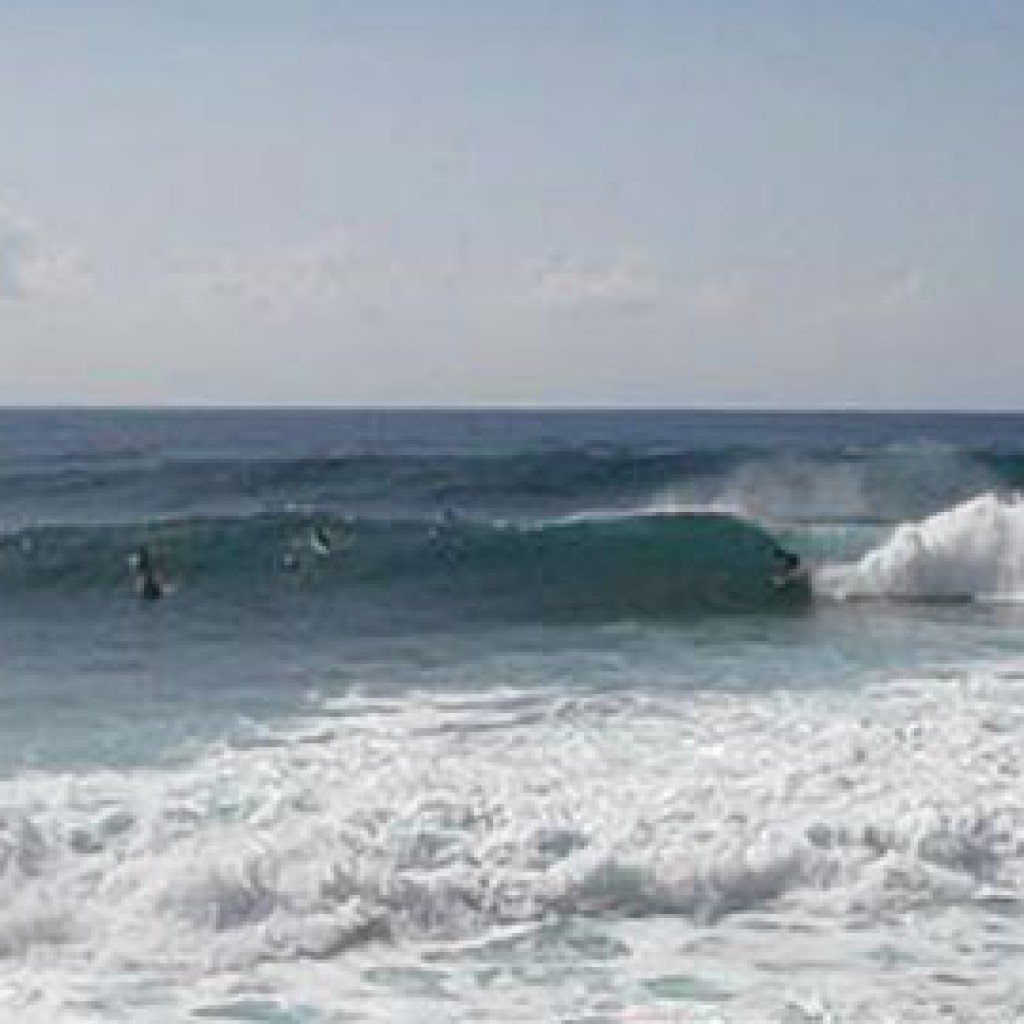 Save The Waves and the surfers of Madeira scored their first victory in 2001 when they successfully lobbied the government of Madeira to move a marina away from the right point known as Lugar de Baixo. First surfed in 1994 by Sam George, one-time editor of Surfer Magazine, the point was briefly named “Sammyland” until the locals claimed it as their own.

The perfect, hollow point break was situated exactly where the government had planned to build a large marina. Save The Waves joined forces with Portuguese environmental groups Cosmos and Quercus, and through an intense media campaign and lobbying effort, convinced the government to move the marina to a nearby bay.

The victory was bittersweet, however. The government broke its promise to leave the area unaltered, and hastily constructed a seawall along the shore to protect an adjacent shopping complex development. While the wave remains, backwash has severely compromised its quality. It was a major loss for Madeiran surfers, as it is the nearest rideable wave to the capital of Funchal, and one of the only places on the island that produces a wave that beginners can tackle.

Save The Waves continues to monitor the situation in Lugar de Baixo. The reef is mostly unaltered, and if the seawall were to be redesigned, the wave could be restored to its former glory.

Recently, the marina that was built in Lugar de Baixo was damaged by large swell, and for the second winter in a row was badly damaged and closed to boats.