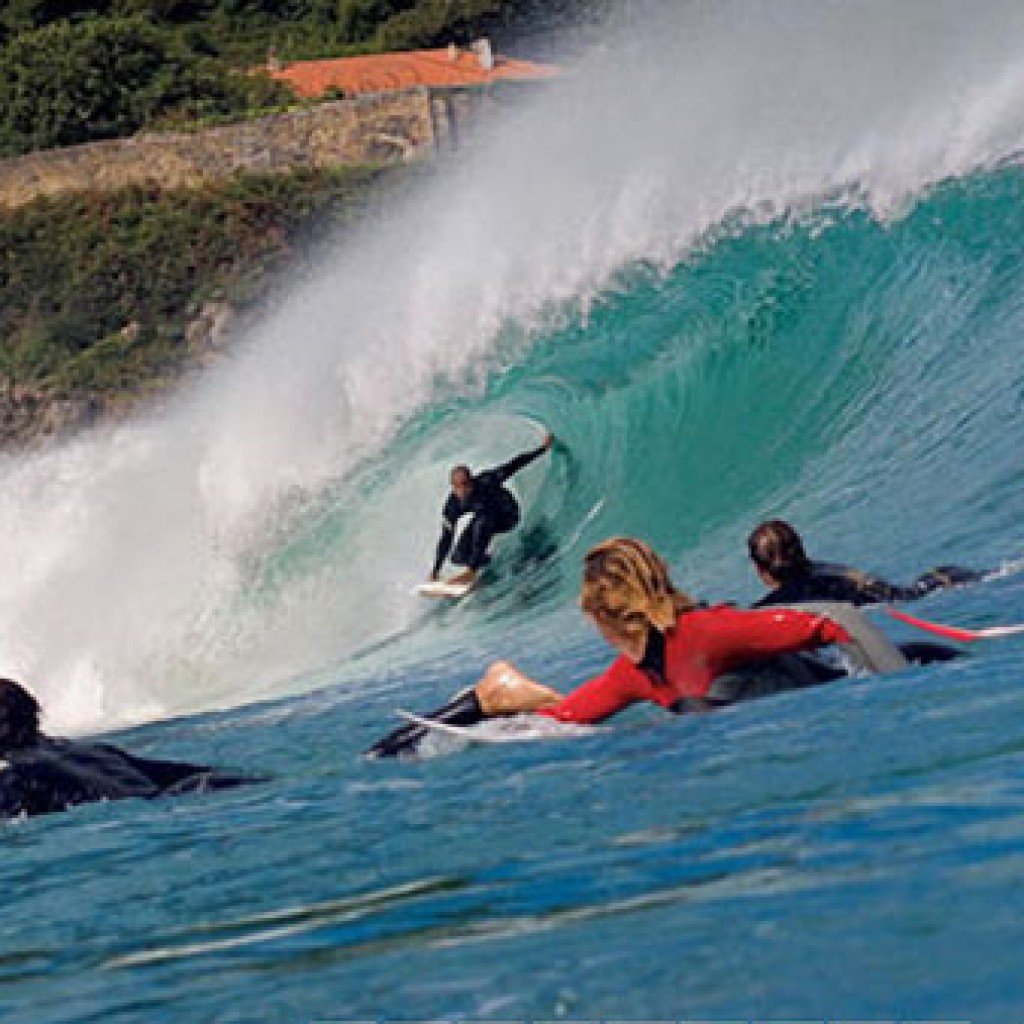 One of Europe’s best breaks, the rivermouth in Mundaka, Spain, suffered huge setbacks after a massive dredging project in 2003 severely compromised the quality of the break. The annual Billabong Pro, which runs each October at this famous locale, was cancelled for two years in a row, after the sandbar seemed to have practically disappeared. What was once a very shallow sandbar was as much as twelve feet under the Atlantic, and hence the famous lefthander disappeared for nearly three years, much to the dismay of contest organizers, local surfers, and businesspeople in the small coastal town on the Basque coast.

Thankfully, the sand appears to be returning to the break at Mundaka. Recent reports have revealed that the wave did in fact break during the 2005-06 winter, thanks in part to adequate rainfall and a return to a normal pattern of currents at the river’s mouth.

What caused the left to suffer was obvious to the local surfers – numerous sand-relocation projects at the mouth of the river have caused the river to change course, altering the currents that supply sand to the break. 2003 marked the largest sand-dredging operation ever to occur in the river’s history, with over 243,000 cubic meters of sand removed to facilitate the entry and exit of barges from Murueta harbor. This dredging project occurred concurrently with a scheme to build a tall sand dune on the Laida side of the rivermouth, which the dredging project supplied. Apparently, the dredging operation both interrupted and altered the sand flow to the break, and has also caused the river to temporarily change its course slightly. “The new sanddune and channels have completely changed the movement of water and sand in the estuary,” said Guillermo Isasi, a spokesperson for the Mundaka Surf Club, in 2005. “The waves are now closing out.”

The loss of the wave had devastating effects on the local economy. Many local business owners had no idea how valuable the surf spot was until it was gone. Tourism fell sharply, and businesses that depended on the constant flow of surfers, spectators, and sightseers were the hardest hit. The result was a collective outcry from a large number of people in the town, many of whom have never surfed the wave, or considered how important a world-class wave was to a small economy.

The dredging project was approved by the Basque Government despite the fact that the estuary lies within the UNESCO biosphere reserve of Urdaibai. The projects were also approved without consulting fishermen or surfers, the two groups who depend most on the health of the sandbar.

Hopefully this indicates a full recuperation for Europe’s most mourned loss, as well as sends a lesson to the business interests that caused the break to temporarily disappear.