Coolangatta, Australia (March 8, 2016) – Save The Waves Coalition is happy to announce that on the morning of March 8th the Gold Coast from Burleigh to Snapper was officially dedicated as a World Surfing Reserve (WSR).

The ceremony was held at Point Danger Park where Premier of Queensland Annastacia Palaszczuk and Gold Coast Mayor Tom Tate formally dedicated the 16 kilometers of Gold Coast beaches as the next World Surfing Reserve by unveiling a plaque that will be installed later at Big Groyne Kirra opposite the Michael Peterson monument. 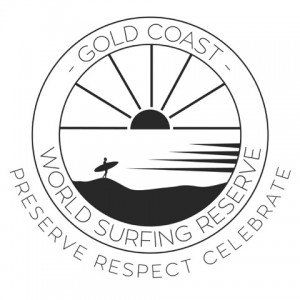 “We recognize that our beautiful beaches are one of our most precious natural assets for residents and visitors alike,” noted Mayor Tate. “We are so proud of this special dedication.”

“Each applicant was highly unique, however the Gold Coast’s combination of perfect point breaks and world champions was a deciding factor in winning the approval for 2016″ said Save The Waves’ Nik Strong-Cvetich. “The Gold Coast has taken the lead on surf amenity management through its Surf Management Plan. All of these factors have lead to this day and WSR status.”

One major outcome of the dedication was the permanent rejection of a planned cruise ship terminal on the Southern Gold Coast. Mayor Tom Tate publicly declared that the WSR status would not allow for such plans, with Premiere Palaszczuk echoing the sentiment.

Launched in 2009 with multiple international partners, the World Surfing Reserve program is led and managed by California-based Save The Waves Coalition. Following a lengthy nomination process, the Gold Coast was chosen in October 2015 and since then has established a GCWSR Local Stewardship Council to identify and solve issues throughout the region.

About Save The Waves:

Save The Waves Coalition is a global nonprofit organization dedicated to preserving and protecting the coastal environment, with a focus on the surf zone. Save The Waves takes a unique approach to protecting coastlines and surf through a combination of protected areas, economics and direct action. Through the World Surfing Reserve program, the organization protects amazing surf spots and coastlines around the world by working on long-term conservation through outreach, planning and community capacity building.

PrevPreviousWorld Surfing Reserve Cultural Exchange
NextIt’s Back! Life Is A Wave 2016Next
Sign Up For Our Newsletter