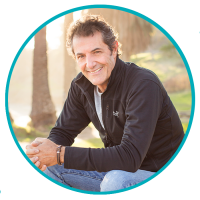 Shaun Tomson is a former World Surfing Champion, and has been listed as one of the 25 most influential surfers of the century and one of the 10 greatest surfers of all time.

He is a business finance and management graduate from the University of Natal in his homeland of South Africa, and has a Master of Science in Leadership from Northeastern University. He is the author of Surfer’s Code (2006) and The Code–The Power of “I Will” (2012).

He produced and co-wrote the documentary film Bustin’ Down the Door (2006), and is a past board member of Surfrider Foundation and the Santa Barbara Boys & Girls Club. Tomson lectures widely on the importance of creating a personal code to activate willpower to make positive decisions.