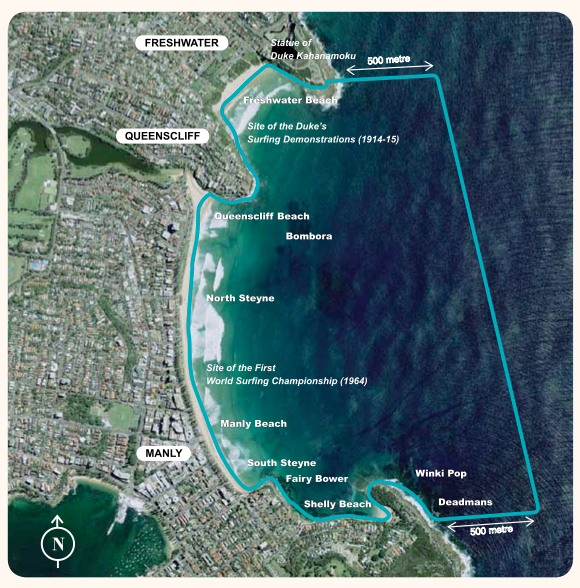 Manly and Freshwater Beaches: The Birthplace of Australian Surfing

Manly-Freshwater is the most surf-centered community in Australia – no other beaches can boast such history, popularity and consistent quality surf, rideable in places to 6 meters (20 feet). Four surf life saving clubs, one surf club and three boardriding clubs formally acknowledge the community’s interaction with the surf. On any day the number of people swimming, surfing or just walking the boardwalk all attest to a strong bond between the Manly and Freshwater communities and their beloved surf.