[vc_row][vc_column][mk_image src=”https://www.savethewaves.org/wp-content/uploads/2017/12/stwff_baja2017.jpg” image_size=”full”][mk_padding_divider][vc_column_text css=”.vc_custom_1512506882038{margin-bottom: 0px !important;}”]Greetings from Baja Norte, the land of dusty roads, street tacos, and empty surf breaks around every corner, and currently where the STWFF road team is recharging after two epic events in San Diego at Bird’s Surf Shed on 11/30 and in Ensenada at Marina Ensenada Restaurant on 12/2.

Last Thursday’s screening was our first sold-out event in San Diego, which included live music from Trouble in the Wind and a special appearance from filmmaker Nathan Myers, who introduced his latest work “Blackboy,” about Javanese surfer Deni Firdaus, to the eager crowd. The STWFF team carried those high vibes south of the border for a screening with the local team of the Bahia de Todos Santos World Surfing Reserve on Saturday, where local surfers and environmental supporters packed the Marina Ensenada restaurant. Guest bartenders included big-wave legends Gary Linden and Vicente Yazbek, straight off the boat from surfing Todos Santos, and local rockers Loquera Tradicion brought the house down at the end of the night – don’t ever doubt the power of a well-wielded keytar! 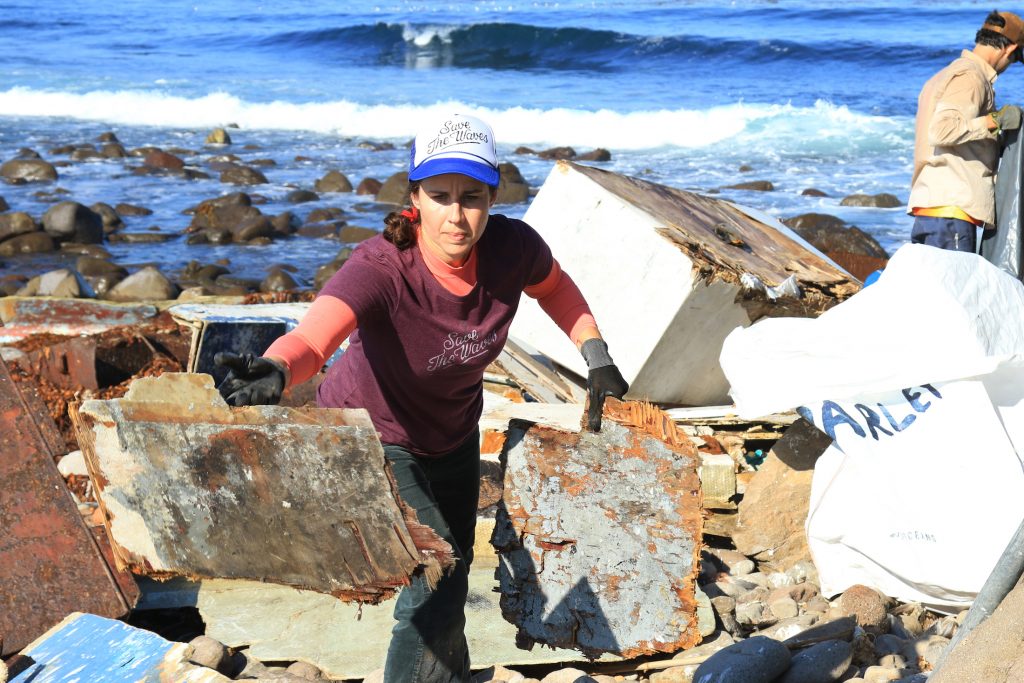 The highlight of this final leg of the 2017 calendar was sharing Save The Waves’ new film “Poco a Poco” with its home audience here in Ensenada. Produced by Film Festival Director Trey Highton, with help from our friends at Treehouse Visual and Farm League, this film takes a closer look at the World Surfing Reserve here in Bahia de Todos Santos, especially surf ambassador Vicente Yazbek’s relationship to the big waves of Todos Santos and how the local management team led by Mara Arroyo Rodriguez is proactively assessing and dealing with potential threats within the WSR.

It was an amazing experience to present and watch the film in a venue that was full of people that are intimately connected to the place, and many of whom have appearances in the film, but had not yet seen the finalized edit, which furthered the communal experience and sense of comradery and celebration. To learn more about the accomplishments of the WSR in Bahia de Todos Santos, be sure to check out “Poco a Poco” when the Save The Waves Film Festival comes to your town.

The final screening of 2017 will be this coming Friday 12/8 in Venice at Farm League studios, featuring live music from Brightside, healthy grinds from our friends at Green Truck, high quality raffle prizes from Firewire Surfboards, Patagonia, Peak Design, Clif Bar, and Escape Campervans, and as usual, the finest eco-minded surf films in the world curated by a panel of international artists, athletes, and activists.

The Save The Waves Film Festival is presented by Parley for the Oceans, and the end of the year doesn’t mean the end of the tour… 2018 will have screenings in Hawaii, Australia, the Pacific Northwest, Texas, and more!

Stay tuned to STW’s social feeds and the film festival homepage for updated screening calendars, as well as the next call for film submissions for the very special 10th year anniversary of the STWFF tour…what a long, strange trip it’s been…thanks for your continued support of the world’s only internationally-touring environmental surf film festival.[/vc_column_text][/vc_column][/vc_row]