Save The Waves Coalition initiated a joint study in conjunction with the Center for Responsible Travel (CREST) at Stanford University and the University of Hawaii Economic Research Organization, on the economic value of Maverick’s. This study utilized progressive travel cost models to calculate the value of the wave and area to visitors traveling either to surf or watch the surfers at Maverick’s in Half Moon Bay, California.

Instead of calculating direct expenditure, this study calculated the consumer surplus, (the difference between what the consumer is willing to pay and what the consumer actually paid), of surf tourists visiting Mavericks.  This study found that the average visitor received $57 in consumer surplus per trip to Mavericks.  In other words, the visitor received $57 in additional value that was received from either surfing or watching the wave.  With an estimated 421,431 visitors annually, the net economic value of the wave Maverick’s is about $24 million dollars. 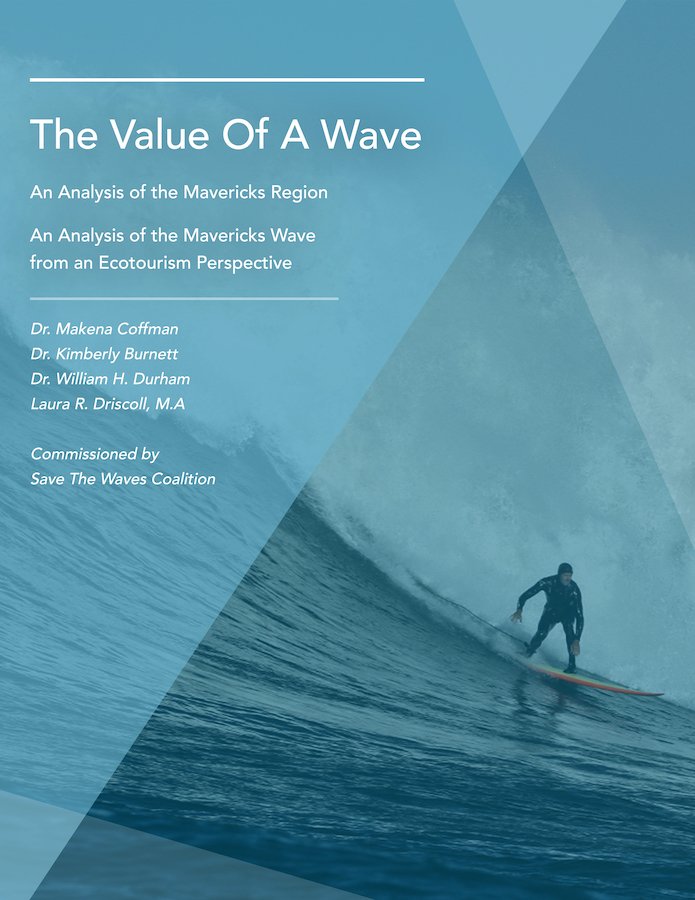 The Mavericks region of Half Moon Bay, California is famous for surf, whale watching, boating, and other recreational and ecotourism activities. This is the first study to quantify the benefits of visitors enjoying the natural amenities of the region, and the first study to evaluate the economic welfare that accrues to individuals associated with the sport of surfing. We develop an individual travel cost model to estimate the economic benefit for visiting the Mavericks surf area in Half Moon Bay, California. Results indicate that the average visitor to the area receives a benefit of $56.7 per trip. This amounts to a total annual economic benefit from the Mavericks region of $23.8 million.