Save The Waves Coalition has again mounted a global resistance to President Trump’s latest attempt to build a series of unnecessary seawalls in Western Ireland. A week ago we appealed to our community to join the #NatureTrumpsWalls campaign and submit letters of objection during the public comment period on the new proposal and we have received over 700 letters from activists like you! 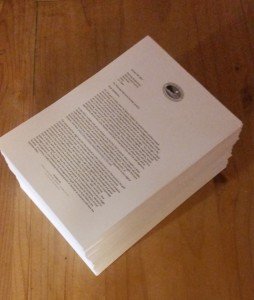 This week, Save The Waves is lodging a formal objection with the Clare County Planning Department highlighting our key concerns with the newest proposal and we will include the 700+ letters along with our filing. The volume of letters will send a resounding message to the Clare County Planning Department that there is a global constituency of coastal advocates who urge them to reject this proposal.

After Save The Waves and partners helped defeat President Donald Trump’s original 3 km long seawall proposal in Doughmore Beach, Ireland, Trump International Golf Links (TIGL) submitted a massively scaled-back proposal in late December 2016. The new proposal seeks two separate structures at either end of the beach, 650 and 250 metres in length respectively. Instead of a 25-metre wide rock wall, it would consist of metal sheet piles with rocks placed out to about 10 metres in front of the piles. The whole thing would then be covered over with sand and cobblestones.

The casual observer might see the new proposal as a fair compromise; one that protects the golf course from erosion at the most vulnerable sites with a reduced visual and environmental impact due to its reduced scale. Our 15 years experience monitoring the effects of such projects insists that this new proposal represents yet another futile attempt to impede natural coastal processes and that the effects of the intervention will cause significant unintended and grave consequences at Doughmore Beach including accelerated erosion at adjacent spots along Doughmore Bay, significant beach narrowing and steepening, and potential beach loss.

The Clare County Council will be reviewing public comment documents over the next few weeks and a decision is due February 24, 2016.
If you’d like to learn more, check out Save The Waves Advisor Board Member Tony Butt’s article here.

Become a part of an international network of volunteers and coastal protectors today.